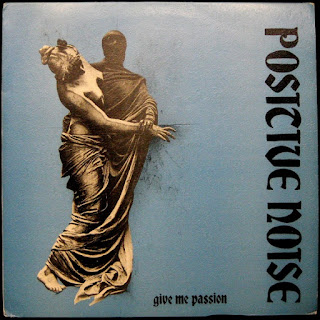 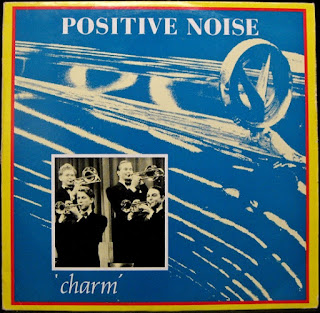 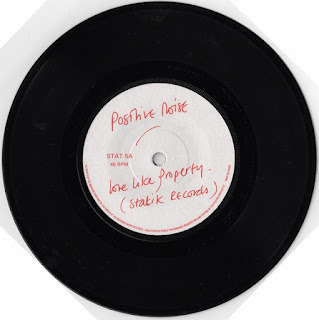 There were so many uniquely brilliant records coming out in 1981, it boggles the mind. 1981 was a big year for Scotland's Positive Noise as well. The original incarnation lead by Ross Middleton's distinctive croon. Released an LP, a bunch of singles, and had a couple of comp appearances. Their Heart of Darkness is one of my favorite post-punk LP's of the day, and has yet to be reissued. If you haven't heard Heart of Darkness, I recommend you check it out here before listening to these singles.

It's worth noting the two 12" records here have an extra song the 7"s omit. Both End of a Dream, and Moscow Motion are great Positive Noise tracks. Ditto for Love Like Property, and Give Me Passion. All are similar in style to Heart of Darkness. Both Ghosts, and ...And Yet Again were on the LP, the latter being the only early Positive Noise song I don't have much love for. Charm finds them trying on some more danceable sounds, with a horn section. Pretty cool, but it's not really my thing. I also included the 7" edited version of Charm, and Give Me Passion from the 7", because it's a slightly better rip.

There's also two live tracks on the Cabaret Futura comp I put up here. Mutant Sounds has the Second City Statik comp also with two songs. So that's the entirety of the Ross Middleton era Positive Noise recorded works. After which the band changed it's sound quite a lot. Ross would go on the form the synthpop duo of Leisure Process, with occasional Positive Noise contributor Gary Barnacle.