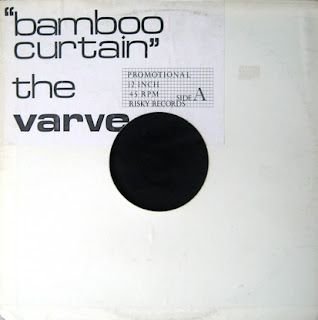 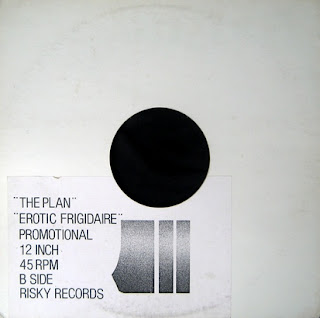 Distinctive audio art from this all female post punk / new wave quintet. They got together in Colorado, eventually moving to San Francisco. Where they recorded this record.

There's a detailed write up on 'em here. The description of their sound from the Colorado New Wave site is pretty spot on."jangly guitar scratches, jazzy multi-note melodic bass lines, poppy yet sinister keyboard, solid drumming, funky alto sax and vocals that someone once said was the result if you mixed Yoko Ono with tribal American Indian music and rockabilly hiccups." There was also a 7" picture sleeve version of this, see the scans on Discogs.

Carolyn Crampton, the guitar player writes -
Haha, what a hoot to hear these!

We were definitely  a weird band -- but noise was big then. We played once or twice a month in SF, and went on a couple of tours. Our singer was influenced by rockabilly singer Wanda Jackson. She got a lot of flack for her style of singing. But she was a great performer. She learned how to play sax in our apartment in SF -- I lived through ever minute of it in the next room.
We recorded this set at like 4am on the sly in Hyde Street studio -- our producer was paying the engineer in cocaine. I had to be at work at 7am as a temp receptionist! I would have preferred a more punk sound on this.

I have a cassette with 5 songs that came in a meat container. I need to digitize it somehow.
We have a cut "frictional drag" on a record called 'live at le disque", this club in the Haight.

Hear Carolyn's new band The Insufferables on Bandcamp and their website.