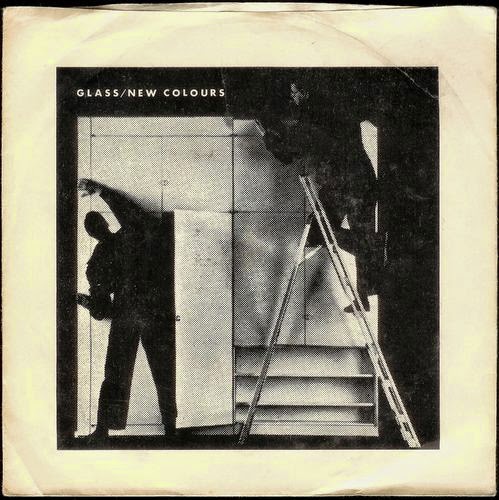 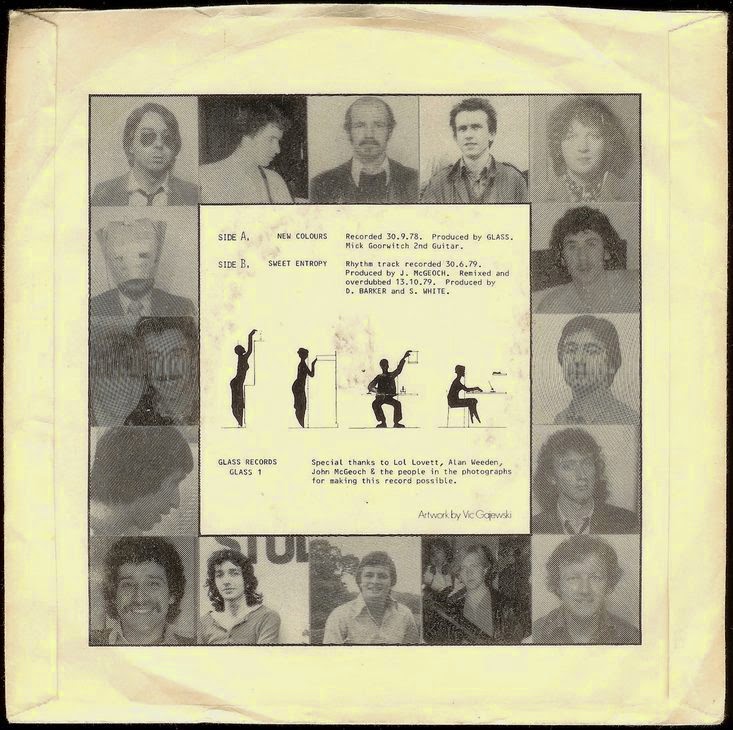 Very fine artwave / postpunk 7" from England. In fact this was the first release from Glass Records, that putout a large slew of indispensable sounds in the 80's. Recorded in '78 and '79 though not released until '80. There's some info here. Discogs has a blurry scan of the insert, my record didn't come with here. That tells the tale of this record and the band written by drummer and Glass Records head honcho Dave Barker. The singer songwriter of the band Ciaran Harte later recorded a classic minimal synth 7". The band also released a hard to find cassette with a bunch of songs. Also super double bonus info: John McGeoch of Magazine and Siouxsie and the Banshees fame, helped produce the b-side. Which is easy enough to figure out looking at the back cover, heh.
http://www.mediafire.com/download/u3jhrb94d4518v6/Glass.rar