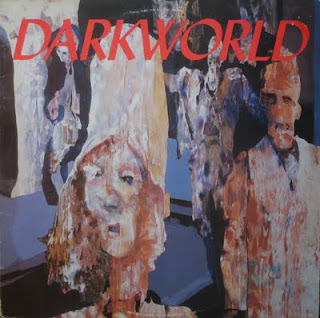 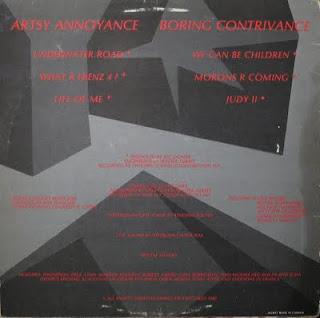 Funky new wave from Boston. Most of these songs were produced by Ric Ocasek of the Cars. Not nearly as dark as one might imagine given their repeated usage of the word. Subtitling the record sides as "artsy annoyance", and "boring contrivance" might be a better clue. It's somewhat reminiscent of 9353, the Washington DC band that would record a little later. I have their next record "Don't Feed The Fashion Sharks", but decided not to post it (unless someone's dying to hear it) As it's overproduced and most of the weirdness went away. Drummer Micheal Hausman would go on to play with `Til Tuesday.
The record sleeve is included for download, with lyrics and all.
http://www.mediafire.com/?6j47vvr1q3i8ror
Posted by Dane at 1:55 PM