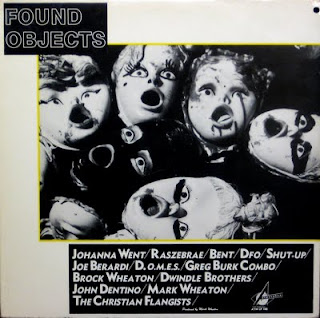 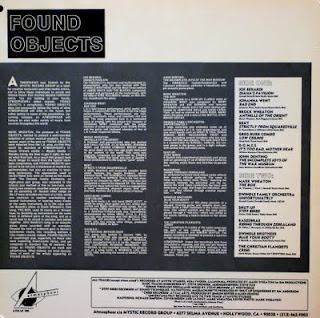 A compilation that mostly features Los Angeles musicians. Performance artist Johanna Went has a no-waveish track here, and many members of her band have their solo material brought to light. The most striking is keyboardist Mark Wheaton (he also produced this LP) Johanna Went sings on his song "The Box" that has a Corpses As Bedmates feel. Bent was Scott and Shaun Guerin's band after The Deadbeats. The sole Boston inclusion Shut Up do some synthpunk somewhat reminiscent of singer Robin Amos other band The Girls. Two of The Fibonaccis have their own tunes here as well. All in all you get artpunk, weird new wave, artrock, some jazz, and a solo piano tune. Lyric sheet included.

Email ThisBlogThis!Share to TwitterShare to FacebookShare to Pinterest
Labels: 1985