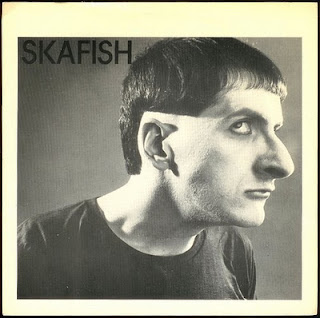 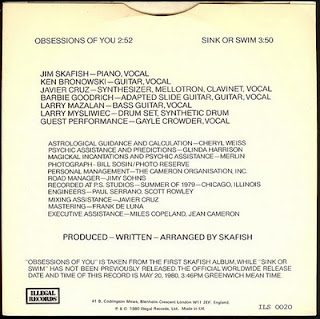 Because Sink or Swim is such a great weird art-punk tune, I felt compelled to post this single. Obsessions of You is a lot of fun as well, and was also on their first LP.

Lead by the original idiosyncratic stylings of Jim Skafish. Skafish began infecting the Chicago area with strange punk new wave sounds in February of 1976. Their early recordings were complied on What's This 1976 - 1979

The second Skafish LP seemed tame, and disappointingly normal. So it was interesting find out that, the songs they first recorded for it were rejected. Being deemed to weird to be released by the record label. Hopefully those recordings will come out soon. Read the whole story at the Skafish website

Link removed. Re-release in the works. You can still hear Sink or Swim and others at Skafish audio.