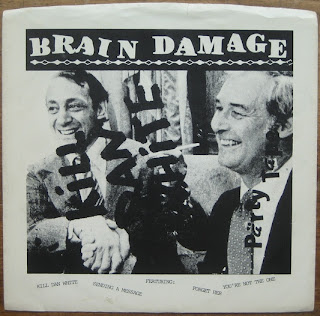 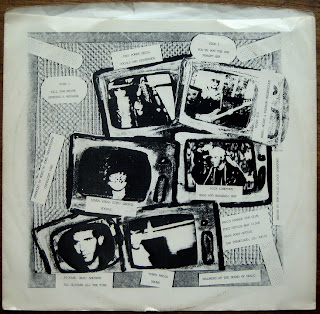 Reportedly recorded in 1979, but not released until 1985. The year Dan White took his own life. After serving only five years in prison for killing Harvey Milk and then San Francisco Mayor George Moscone. If you want to know more about it check wikipedia. Hell there's even been movies made about it, with Sean Penn and everything. So onto the music. Lo-fi sloppily played art punk wave with keyboards. Kill Dan White turns into free Sid Vicious, for seriously! You're Not the One is really just a retarded cover Stepping Stone. Forget Her and Sending a Message are my favs. The latter sounds like it could be another sixties cover. Yep Sending a Message is way cool.

Email ThisBlogThis!Share to TwitterShare to FacebookShare to Pinterest
Labels: 1979, 1985