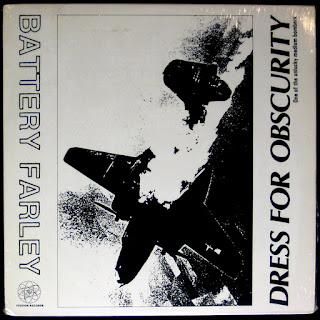 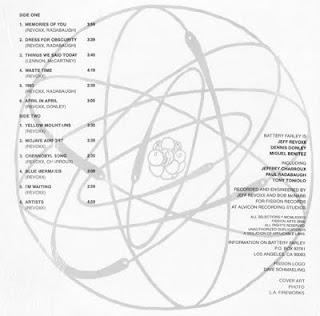 Battery Farley from Los Angeles, CA. released Dress For Obscurity (One of the unlucky medium bombers) in 1987. An off-kilter thing of beauty, beholden to the post punk / new wave milieu. Mutant Sounds has their earlier EP. Although I find the sounds on this LP superior. Scans of the record insert are included.
Pressed on orange vinyl, it's a total classic!
http://www.mediafire.com/?l0gcczzcf92zxxk

Here's a video Battery Farley did, but it isn't anywhere near the weirdness heard on Dress For Obscurity.

Email ThisBlogThis!Share to TwitterShare to FacebookShare to Pinterest
Labels: 1987