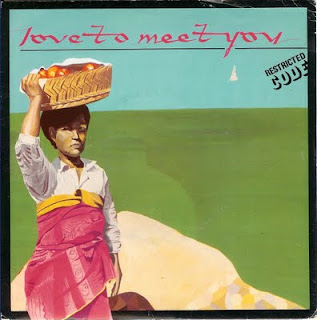 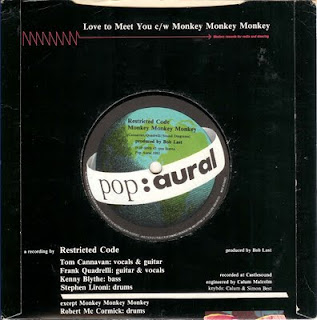 Restricted Code were a Scottish post punk band, that recorded a couple of great singles on Pop:Aural. They also have two tracks on the Second City Static compilation. I had planned on posting them all until I found Tom Cannavan's YouTube channel here which has everything Restricted Code, and Mutant Sounds already has  Second City Static

Love to Meet You / Monkey Monkey Monkey is the second single from Restricted Code, and my favorite. I also included an insert that came with the record.
http://www.mediafire.com/?codeagd6gz8l6lu