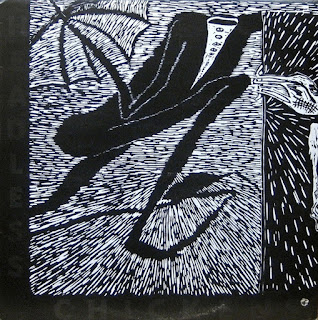 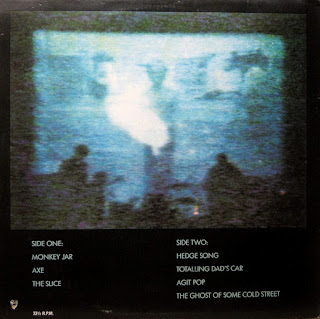 The debut from Auckland, New Zealand's Headless Chickens is as strange as the story of the band itself. The band would basically become a continuation of the stellar post-punk band  Children's Hour. After the break up of Children's Hour  Chris Matthews (the hero of our story) joined another stellar post-punk band, This Kind of Punishment on some of their seminal works including A Beard of Bees, TKoP and Live '85 . After which Chris Matthews, Johnny Pierce, and Michael Lawry. Would become Headless Chickens for this 1st EP. The band had a few more personnel additions in later years.

As a reviewer on RYM puts it- "This 7-track EP is a meticulous assemblage of rhythm, melody, and leftfield lyrics - cut up, mashed, filtered, then processed through a menagerie of 'treated' sound effects - sometimes devastatingly original, and superbly conceived. It can't really be described as being in a genre, so I call it art-punk - but you have to hear it really, to grasp it. It's just kinda out there ... alongside other 'radicals' like The Residents and Pere Ubu."

After winning the Rheineck Beer Rock award (whatever that is) for this EP. Which was apparently controversial. They where able to fund their later experiments on Stunt Clown. The story does get stranger, because they would go on to score a number 1 hit in New Zealand years later.
Insert with lyrics included.