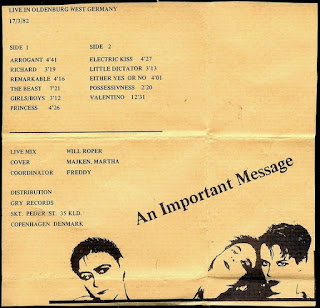 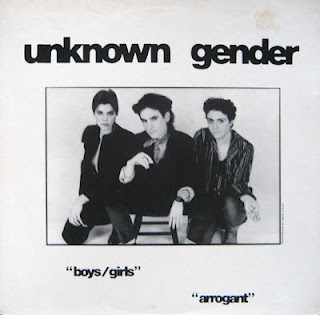 Here's two more from Unknown Gender. A follow up to the earlier post of their first LP.
"An Important Message" was recorded live in Germany, with some songs off Exposé, the two songs on this single, and some songs that would eventually make their way to Electric Kiss.

Boys/Girls / Arrogant
http://www.mediafire.com/?jgsij5fdu0xusn7
Posted by Dane at 1:59 AM